The 10th Battalion was the first infantry battalion raised in South Australia for service during The Great War. On the 19th of August 1914 the Morphettville Racecourse Training Camp opened.  The first recruits of the 10th Battalion arrived that day and the only food available to them was bread and jam. In late October the men of the 10th boarded the train at Morphettville station and headed for Outer Harbour where they embarked for Egypt on the Ascanius.

The 10th battalion were at the head of the covering force for the Gallipoli (Gaba Tepe) landing and amongst the first ashore, they fought in many of the worst battles of the Western Front. Their story forms part of the documentary The First Anzac Day. 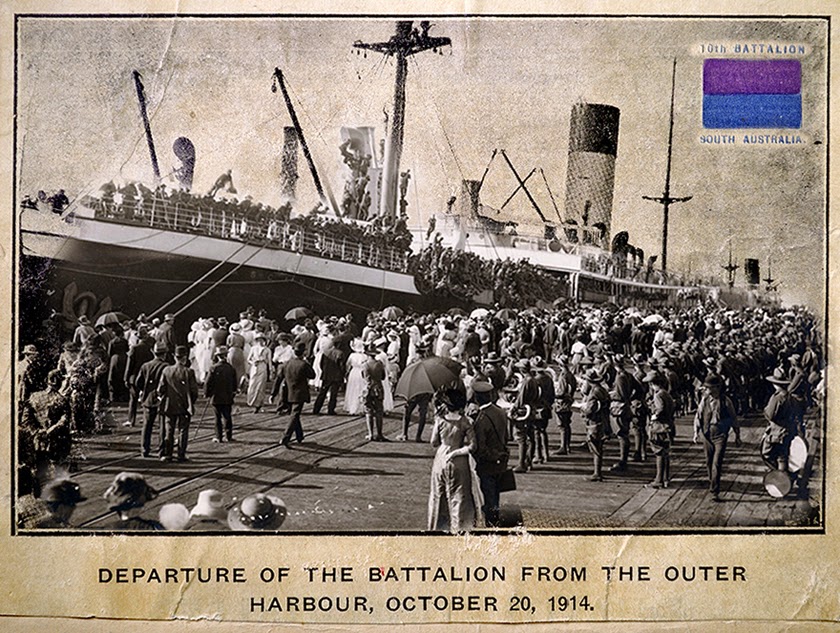