This photograph from the South Australian State Library was taken at the Morphettville Racecourse Training Camp around September 1914.  It shows nine of the ten 10th Battalion No.1 section scouts.

Thomas Whyte, Francis Stokes, Malcolm Teesdale-Smith and Philip Robin were all killed in action during the first three days of the Gallipoli campaign.  Erich Meldrum survived the landing, but took his own life when he returned home shortly after. Jose was killed on the Western Front.

Only three of these men survived the Gallipoli campaign. Guy Fisher returned to the war to serve in other theatres. Arthur Blackburn was honoured with a Victoria Cross for his services at Pozieres and John Rutherford Gordon joined the Royal Flying Corps and was honoured with a Military Cross for his ground attack actions during the German March/April 1918 offensives.  A special thank you to John's son, Bruce Gordon. 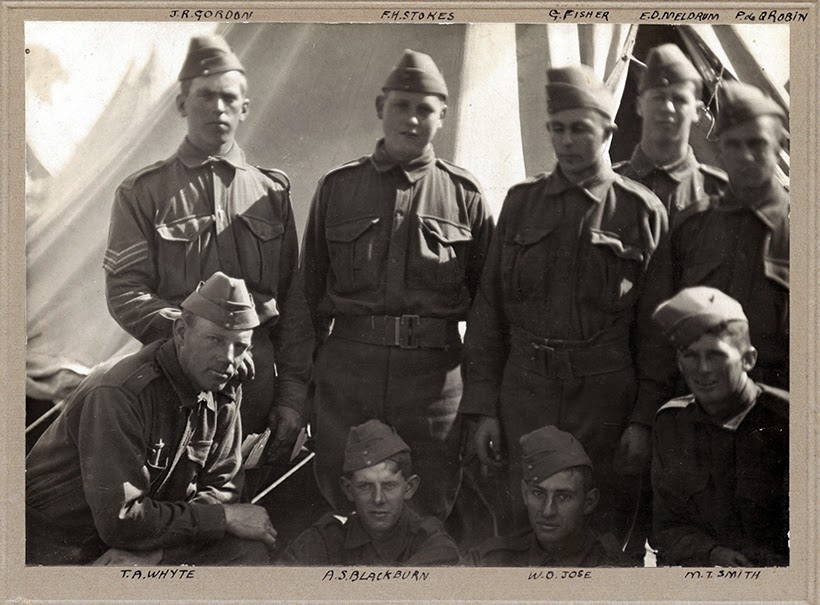